- An eco-friendly drying method as it does not use fossil raw materials, which are the main causes of air pollution and global warming.

HSWG actual use Data (for high-temperature 180℃) 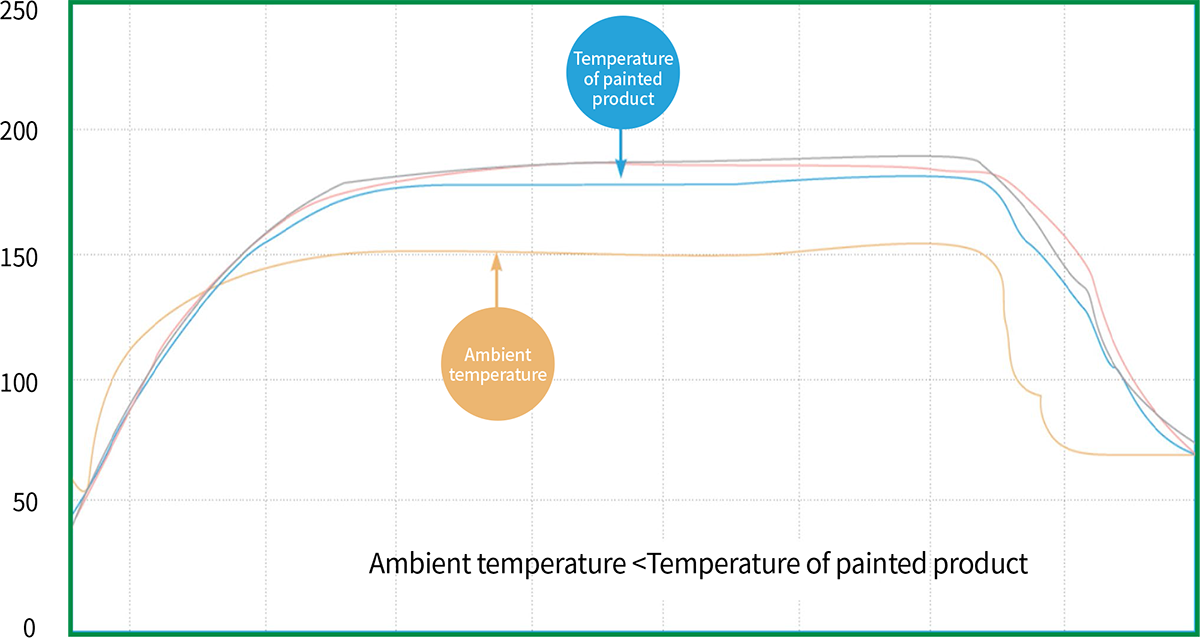 - Painted product temperature is higher by 30℃ or more

Considering the cross-sectional area and heat transfer temperature, the radiation amount is 32 times or more that of existing far-line heaters

Substance emits energy from electromagnetic waves in response to temperature.
This is called radiation. Metal radiation is caused mainly by motion of electrons and has a short wavelength emission peak of less than 1㎛.
In non-metals, such radiation is caused by vibration of molecules, atoms or lattice, where emission rate is high in long-wavelength and the amount of energy created is high.
Solid and liquid radiation is a continuous spectrum, but in gas it is a discontinuous bright-line spectrum.
The total radiant energy E generated from a unit surface of an abnormal object of a black body, which fully absorbs incidental radiation, is proportional to the square of the absolute temperature of the surface and is expressed as E = σT4, where.
σ is the Stefan-Boltzmann constant and its value is 5.67×10-8 W/m2K4.
The radiation of an actual object smaller than a black body. There are many objects that use E = εσT4, which is called a gray body. ε(<1) is called emissivity.